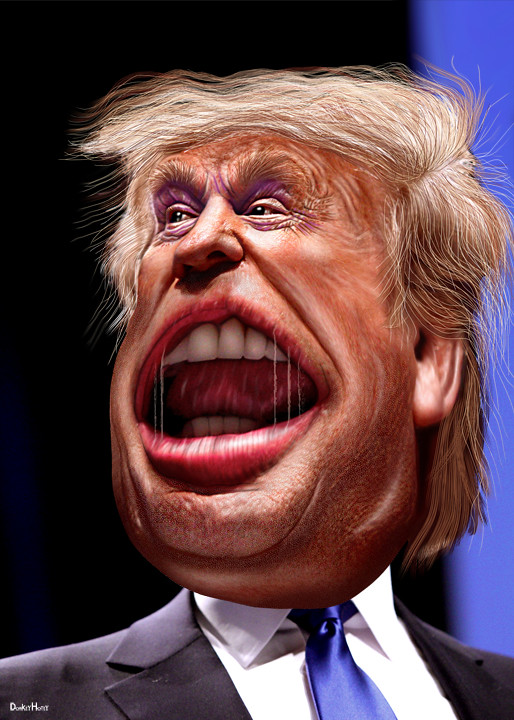 This excellent and instructive set of posts really concisely analyzes the marketing savvy underpinning Donald Trump’s political crazy talk. Consider it mandatory reading for anyone who 1) currently lives and votes in the United States or 2) ever plans to attempt to earn any money in any manner:

This analysis aside, here’s why I’m absolutely convinced that, if we stay the course, Donald Trump will be President:

I see smart, political-aware, left-leaning progressives once again doing exactly what they did when George W. Bush ran: Bemusedly watching a desperately outclassed clown-candidate fumble every media event like a stumble drunk, and then archly snarking: “Who are all these people that are supposed to vote for this guy? I don’t know anyone who would ever vote for him!”

And that dumpster-fire of a President got elected twice—and put tens if not hundreds of thousands of people in their graves. So, howsabout we don’t go and do the same dumb, cynical bullshit again?

Just to be clear: I’m not suggesting you go out, insult and dogpile on pro-Trump folks—’cause that’s exactly the way we got Bush elected twice; a shrill liberal freak-out is baked into Trump’s strategy. I’m suggesting that we really set our minds to trying to understand how it is that folks who are enthusiastic about Trump got to that place, without assuming it’s because they are “dumb bigots.”

If you’re wondering, “Jeez; how the fuck do I talk to someone who is head-over-heels for Trump?” My experience: Make sure that your side of the conversation only consists of questions. And not thin-ass rhetorical questions like “Why do you love that bigot, stupid?” Real questions, like: “OK; why do believe Mexican immigrants are disproportionately criminal? Is that actually true?” ’cause 10 minutes of googling reveals this table:

Compiled be a very reliably Conservative writer, Heather Mac Donald, and based on DoJ National Crime Victimization Survey data. You’ll note that, as perpetrators, Hispanics account for 14.8% of violent crime, despite being 17.1% of the total population—in terms of violence, they’re actually underperforming [insert your own “lazy Mexican” joke here, bigot].[*]

The point here isn’t to zing anyone; it’s to compassionately invite them to join you in a place where reasonable humans will begin to properly question how reasonable this American Savior’s claims are.

[*] Since my regular readers seem to deeply enjoy my penchant for footnoted fact-based poindexterity, here’s a fun set of tidbits: