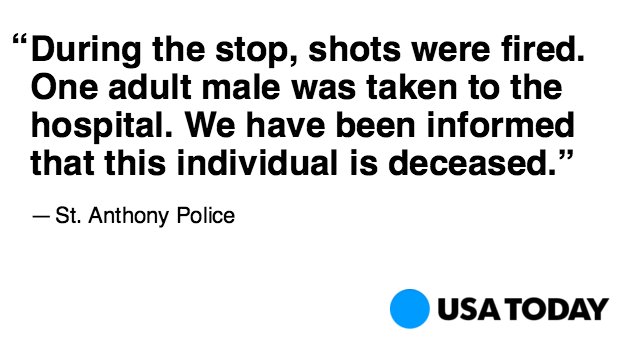 Ah yes, the mysterious shots that materialized out of thin air. https://t.co/qwxKNvqrdC

What with the news being what it’s been this last year or so, I’ve been thinking a lot about grammatical constructions (like the one Bouie highlights here)—which abruptly reminded me of this article I read a couple years ago by Arika Okrent: “Four Changes to English So Subtle We Hardly Notice They’re Happening.”

It’s pretty noticeable that words like “shall” and “ought” are on the way out, but “will,” “should,” and “can” are doing just fine. There are other members of this helping verb club though, and they have been on a steep climb this century. “Going to,” “have to,” “need to,” and “want to” cover some of the same meaning territory as the other modal verbs. They first took hold in casual speech and have enjoyed a big increase in print in recent decades.

(FYI: Okrent also wrote a really neat book on created languages that includes a healthy section in Klingon. The whole thing is fascinating.)

I’m pretty interested in the rhetorical (and psycho-social) significance of “will/should/can” vs. “going to/have to/need to/want to.”  E.g., If I say “I will drive,” I’m both stating what will happen in the future, and implying my ownership of the act.  I’m gonna drive, and I wanna drive.  “Should” both softens the likelihood (evidenced in the fact that you can tag “—but probably won’t” onto the statement without sounding totally nuts) and softens the commitment (implying that I can do it, but likely would rather not).  “Can” is neutral with intent (I can do it, but I’m cool with letting someone else do it), and likelihood (since I’m obviously leaving it open for someone who’d rather drive to speak up).

Meanwhile, the “going/have/need/want to” forms seem to shift the question away from the likelihood of who shall do what, and more to the emotional timbre of the doing of the thing.  “I want to drive” clearly speaks to my intent to drive, and “I have to drive” clearly communicates I’d probably rather not (or, in the least, attribute the fact that I’ll do it to external factors).  “Need to drive” says that I want to do it—and shall do it—but likely for reasons I attribute to being outside myself (including, for example, a deep craving to drive, which I’ve now framed as being outside my control).  Finally, “I’m going to drive” is sorta the most fantastic of all, since it has two opposite meanings that can only be clarified through context, tone, or body language:  If I say “I’m going to drive,” either I’m super gung ho to drive, or I feel totally forced into it.

Yeah, this is all subtle.  In the end, we all get that someone is gonna fucking drive, so who cares about the damned shades of meaning, Dave?  Does it really matter much, or is it just word nerd trivia?

Yes, it matters.  The little things have a fantastic power to totally deflect the big ones, just like a lone shirt button can deflect a bullet.  We all agree that the difference between getting bullseyed right in the heart to meaningfully different from taking a bullet painfully—but far from fatally—into the meaty shoulder.

Likewise, the ways that small changes in language shift our inquiry are big.

RAPE AND THE PASSIVE VOICE

Language activists point out that the way we as a society refer to sexual assault uses passive voice[1] to blame the victim, with devastating effect.  We say, “She was raped” instead of “He raped her” or “Someone raped her.”  By doing this, we make the recipient of the action the subject of the sentence, and thus the focus of our questions: What was she wearing? How much did she drink?  Where was she going and why was she going there?

If you make the perpetrator the subject of the sentence, then he is also the focus of our inquiry—which is sort of entirely proper, right?  Seeing as how he’s the one on trial.  This is one of the few instances where I think we can all strongly advocate for a man totally being the focus of a situation that’s 50/50 male/female.

When I raise this, folks usually fire back in one of two ways:

I call double bullshit here.  First, on any given day, if I search Google News for “rape” I’ll tend to find an article on the first page of returns that is both 1) about a crime that has already been completely litigated and guilt found (sometimes decades ago) and 2) continues to use the passive voice. As for how the writer chooses to focus our compassion: If that’s your intent, then it is not working; try something new.

The passive voice does it again. https://t.co/sAgbldiBm0

I’m not saying that journos are conspiring with the patriarchy to subjected whoever; I think these tendencies—like almost every linguistic choice we make from moment to moment—are entirely unconscious.  In the case of the rapist-less rape and those magic materializing bullets from the head of this post, I imagine these tortuous grammatically constructions arise from a combination of overabundant caution (we don’t want to speak beyond what we know), and a desperate, unstated need to distance ourselves from the awfulness of this world—to, in effect, deny that any humans were involved in creating these miseries, because to do so is to begin to suspect that we, too, might play some part in this.

And, in an entirely predictable irony, in trying to avoid giving offense and making ourselves uncomfortable, we create new and potent miseries out of thin air.