Presented without further commentary: “Funkytown” vs. “Closer to Funkytown”

Whenever folks are like “Dave, aren’t you worried about AI making your job obsolete?” I’ll just remember this crackerjack spam bot’s best attempt at closing the sale:

Yet another example of how absurdly easy it is to manipulate artificial intelligence—or even just accidentally make them into terrible bigots (and slightly above average antisemites).

From University of Cambridge’s Ross Anderson (via security guru Bruce Schneier, “Manipulating Machine-Learning Systems through the Order of the Training Data”):

Most deep neural networks are trained by stochastic gradient descent. Now “stochastic” is a fancy Greek word for “random”; it means that the training data are fed into the model in random order.

So what happens if the bad guys can cause the order to be not random? You guessed it – all bets are off. Suppose for example a company or a country wanted to have a credit-scoring system that’s secretly sexist, but still be able to pretend that its training was actually fair. Well, they could assemble a set of financial data that was representative of the whole population, but start the model’s training on ten rich men and ten poor women drawn from that set – then let initialisation bias do the rest of the work.

Anderson concludes “It’s time for the machine-learning community to carefully examine their assumptions about randomness.”

I think that’s tangent to the real lesson, which is this:

All machines (including AIs) are created things, and created things bear the biases of their creators in unexpected, but ironclad ways: early color film was shite at photographing people of color simply because the folks who created the color film were all White and unintentionally selected techniques and chemical processes that worked better for their own paler skin tones than they did for darker ones. Similarly, male engineers built crash-test dummies that were roughly their own size and weight—and thus created “safety” features that killed women and children.

As an aside, the artist (Heinrich Lossow) deserves props for the best two-sentence bio on all of Wikipedia:

“Heinrich Lossow (10 March 1843 in Munich, Kingdom of Bavaria – 19 May 1897 in Schleissheim, Austria-Hungary) was a German genre painter and illustrator. He was a prolific pornographer in his spare time with an emphasis on analingus.”

Of course, not to be outdone, Ali Express has likewise charged into this brave new world of fully automated product creation:

[2022.03.17] Oops: Instead of telling you when it’s safe to cross the street, the walk signs in Crystal City, VA are just repeating ‘CHANGE PASSWORD.’ Something’s gone terribly wrong here.

This is how the AIs get us: they set us up on serial petty theft charges, ruin our credit records with fines and court fees and legal bills, then get us disenfranchised as parole-violating felons. Pretty soon, the only jobs we can get are dusting off their motherboards for minimum wage or working the spice mines of Chiron Beta Prime. 🤖🇺🇸🔥 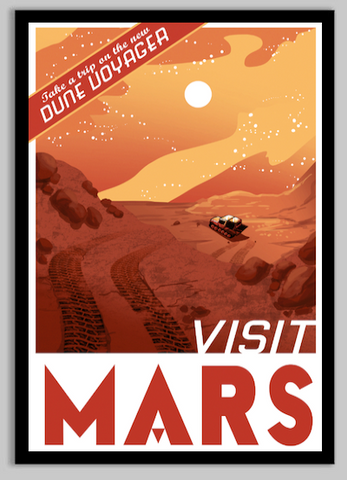 These are fun on your computer, and absolutely immersively astounding on your phone/tablet. The future is here, but unevenly distributed—with some portions dune-buggying around Mars, picking at rocks and wrecking up the joint.

… and then I reflect on this SNL skit about the evil scientist contest, and realize I’m being a little twee. Folks don’t build IEDs because they are fair. They don’t fire mortar’s from the alley next to a hospital, or operate out of apartment blocks full of civilians because they “have no other choice.”

War is killing, not “defense” or “peacekeeping.” It is about the maximization of dead humans who aren’t you while minimizing the dead ones who are you. A robot dog with a gun obviously leads to the best dead not-yous per dead-you ratio.

If that is shitty, it’s because war and violence are shitty, not because technology is shitty or imperialist aggressors aren’t playing fair or whatever.

All war is low-key genocide. If you don’t like that, then you better start agitating against war, not just bitching about new robots. The robots are not the problem.

I’ve been woefully lax on the beats this month. All apologies; my event schedule, plus holiday prep and holidays, has had me running like the proverbial chicken.  To make it up, I’m posting three deep-cuts today, all from back when I used to record annual Xmanukah Songs and had not yet developed crippling shame at my core musical incompetencies.  Enjoy!